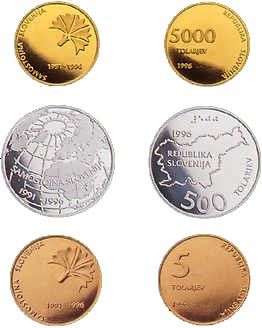 On the plebiscite held on December 23, 1990, the Slovenes valiantly decided for the independence. On June 25, 1991 at the meeting of all Houses of the Parliament the Basic Constitutional Charter on the Independence and Sovereignty of the Republic of Slovenia was adopted by the Assembly. The Slovene national flag was waved for the first time with pride, and the hearts of the Slovenes rejoiced.

Unfortunately, the first days of the young, independent, sovereign state were not easy. Overnight, former common friends turned into enemies, who denied the Slovenes their inalienable right of having a state of their own. But due to the brave retort of all Slovenes, fighting for their existence, and with the help of the international community, we were able to defend the recently gained independence. Numerous European and other countries soon recognised Slovenia as a sovereign member of the great world family. Slovenia gradually started developing into the welfare state on the sunny side of the Alps. All that glitters is not gold, nor is everything settled the way we want or the way it should be. However, if anybody were to address the question of whether we would like to go back to the old times, we would all agree that it should remain as it is, since we believe in the future, in tomorrow.

Slovenia is celebrating the fifth anniversary of its independence. What we have achieved is great, but we want more. We would like to join the international community as full members and prove that Slovenia is a state governed by law and order, and our intention is to live in peace, without shocks. We possess power, courage and plenty of good will, and we will allow nobody to deprive us of it.

To mark the 5th anniversary of the Slovene Independence, the Republic of Slovenia hereby issues three commemorative coins: